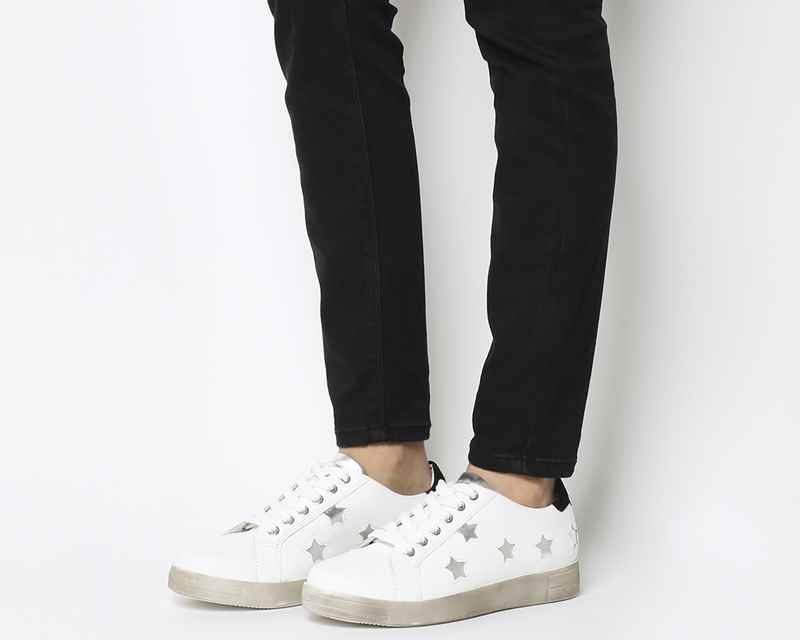 A Bottom Up Approach

Yep we’re talking footwear today because I have just bought two new pairs of boots and in the words of Paulo Nutini, “Hey I put some new shoes on and suddenly everything’s fine”. Ok, not everything but they have made a huge difference to my wardrobe. So here is a look at the new footwear styles to keep you on your feet til spring makes an appearance.

First up is a pair of boots from Office that I had on my blog before Christmas and which I have already worn several times: Aruba Pointed Block Heel Boots £89. These are a good heel height for everyday and where they finish on the leg is spot on too – I’ve been wearing them with skinny jeans that are slightly cropped and these old Gap jeans which are a slightly straighter leg that I lopped off to get the right length. 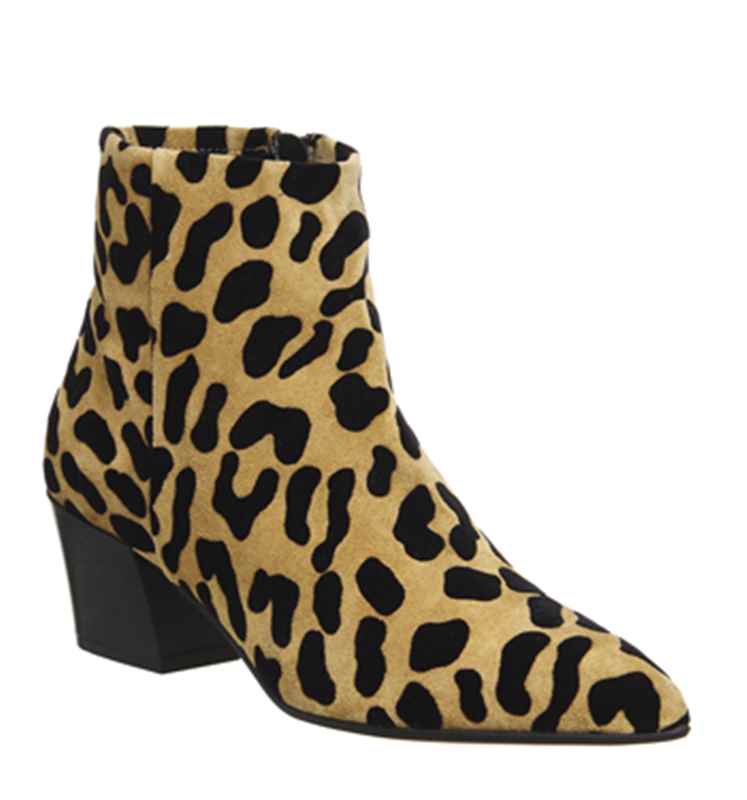 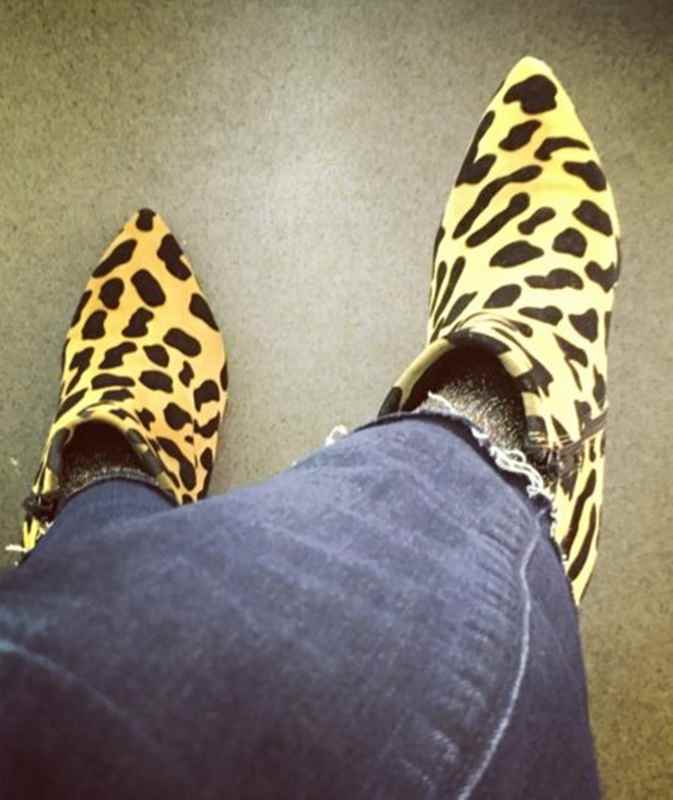 I also like their Animate Chelsea Boots £53 down from £75 and which come in various colours. 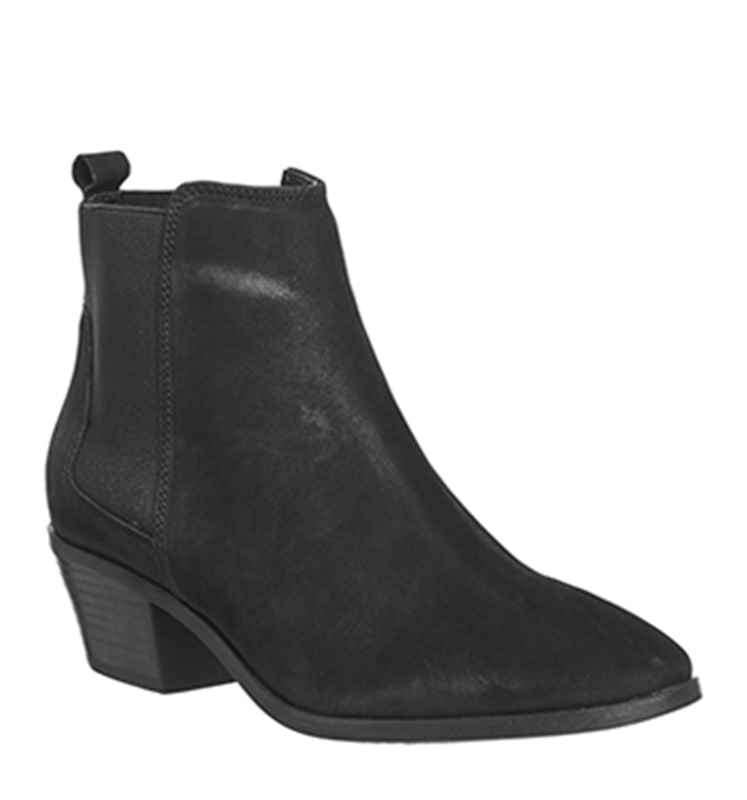 The other pair of boots I’ve gone for is this M&S Kitten Heel Side Zip Ankle Boot £35. And clearly I’m not the only one as they are only in 7 and 8 on their site but stores did have more stock.

They are the perfect solution for wearing with straight leg jeans and skinny jeans alike (they also worked well with my cropped kick flares – culottes and tapered leg trousers are still to try), skirts and dresses. And here are some of the photos to prove it…

The earrings are a new favourite too and are Accessorize’s Fringe Disc Elaborate Earrings in navy but they also come in loads of other colours.

You could also try H&M’s Soft Ankle Boots £39.99 which are very similar but have a more rounded toe. 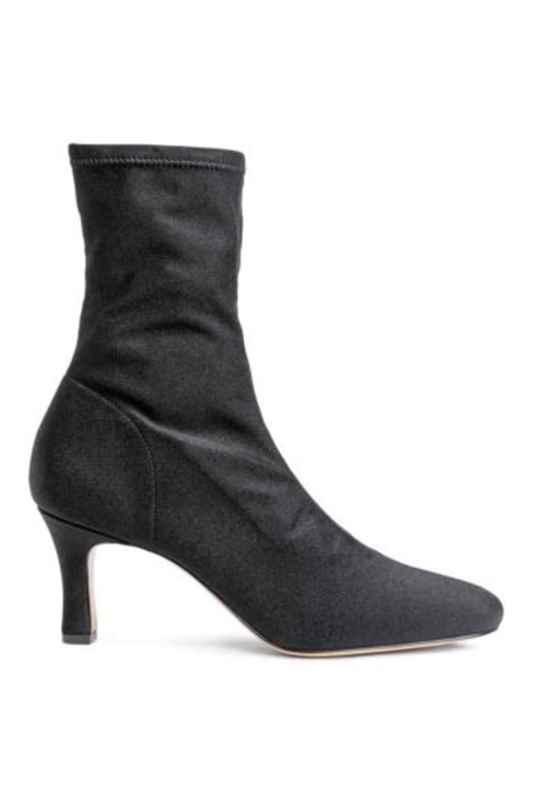 Or the Mojito Sock Boots £39 from Topshop which has a higher heel than the M&S ones. 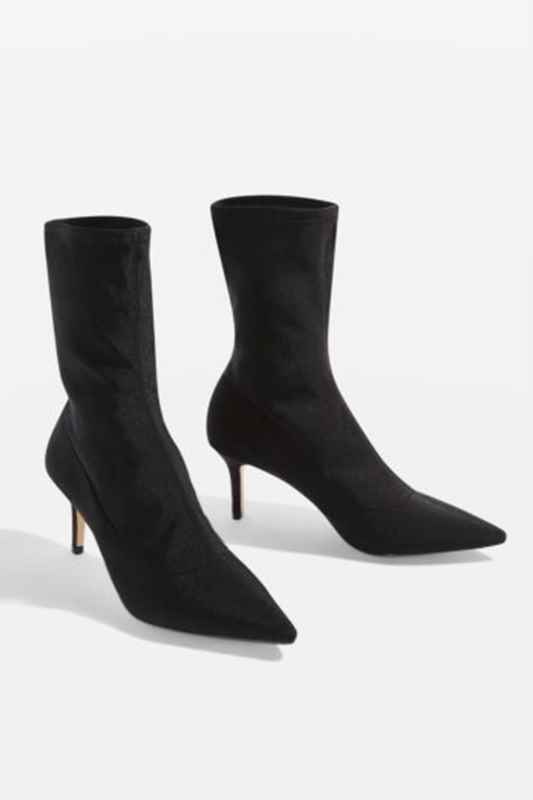 Totally at the other end of the spectrum, there is definitely a trend for chunkier boots which are obviously hugely practical at this time of year. I’m not totally sold but I think these M&S Autograph Leather Block Heel Strap Stud Ankle Boots £69 are a nice nod to the look – sturdy enough for being outdoors, with the right amount of edge but smart enough should you need.

Topshop and River Island have very similar styles to this M&S one too. River Island also has this Black Suede Studded Buckle Ankle Boot £48 which I like for the daytime. They also come in a lighter tan which is good for spring. 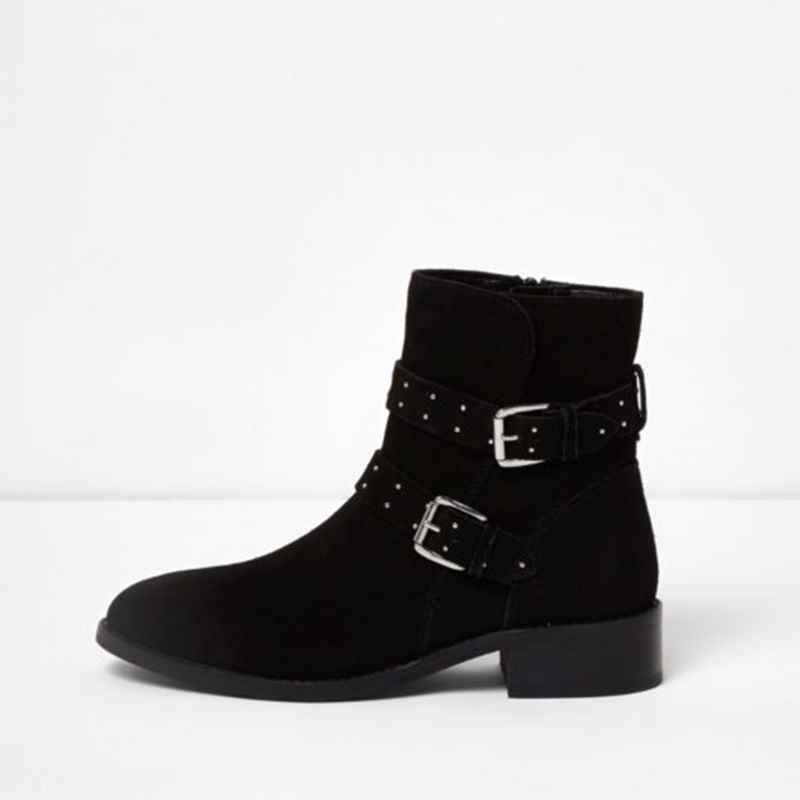 And it’s not just a new pair of boots that is getting me excited because it’s trainer time too. If we are going statement on the boot front, then why go for a plain white trainer when there are lots of other interesting options. There is clearly a star theme going on which I like: Famous Lace Up Trainer with Silver Stars £52 from Office. 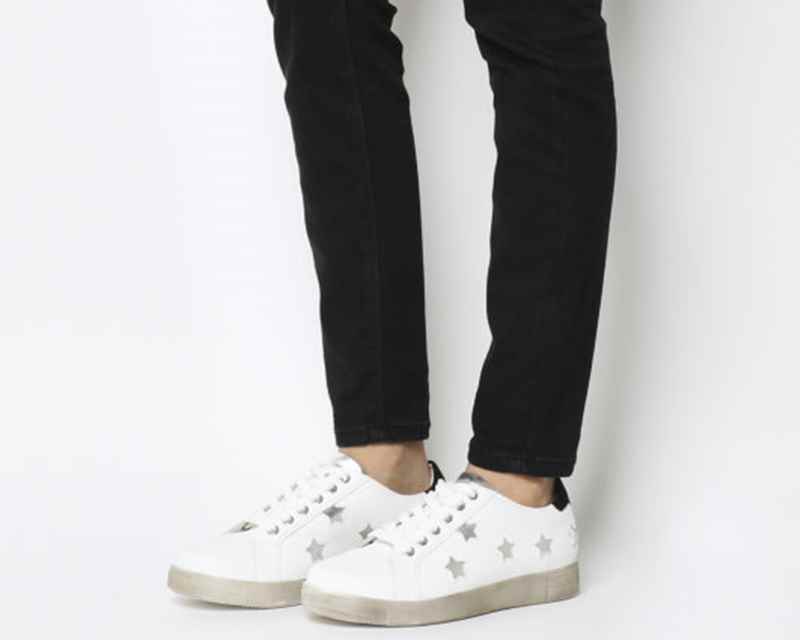 They also come with gold stars on. 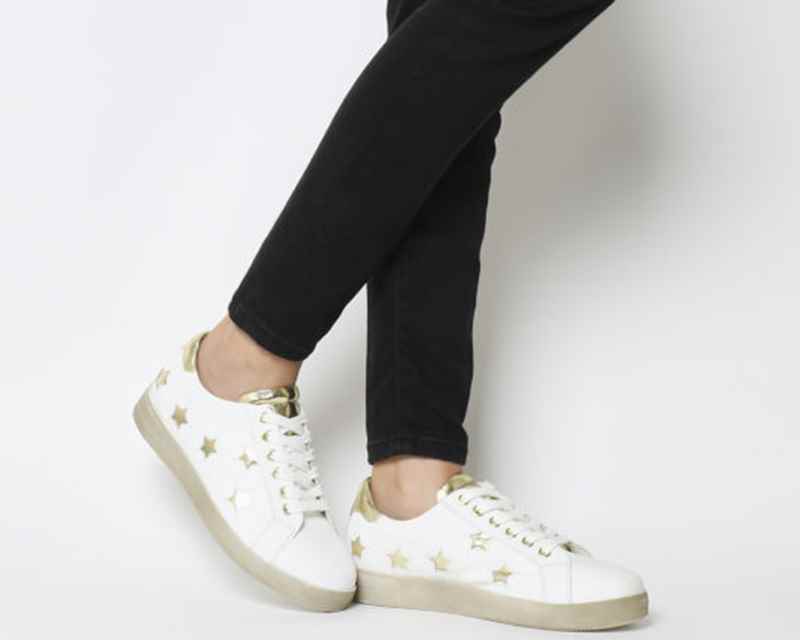 Hush has a similar pair with its Night Sky Trainers £155 – I don’t like the black colourway as much but love these white ones. 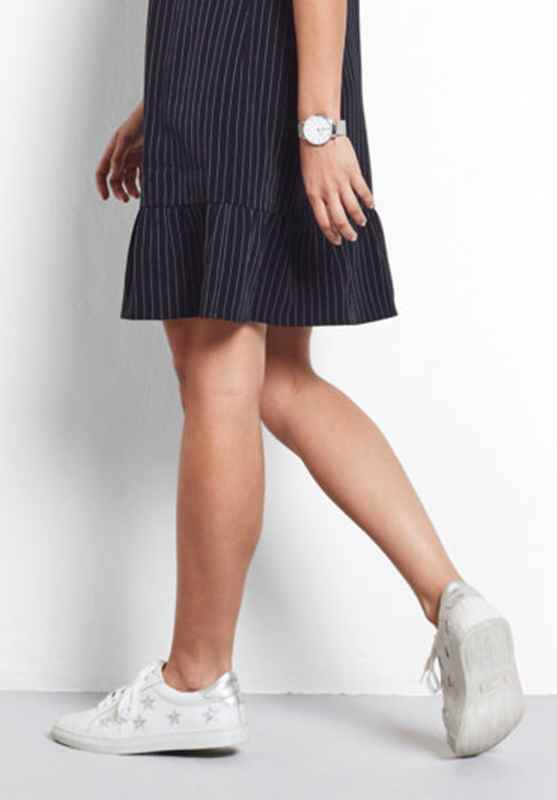 If you are after something more jazzy then there are also these Majestic Star Trainers £179. 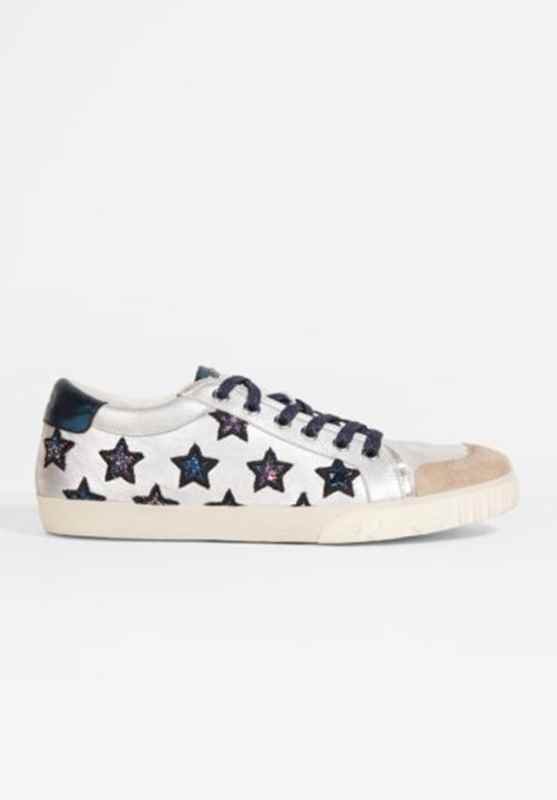 Stars aren’t the only motif around at the moment, spots are big too on clothing as well as on trainers. Boden’s Hollie Trainer £98 comes in this gold spot, a navy spot and with a bee motif. Or just plain white for £78. 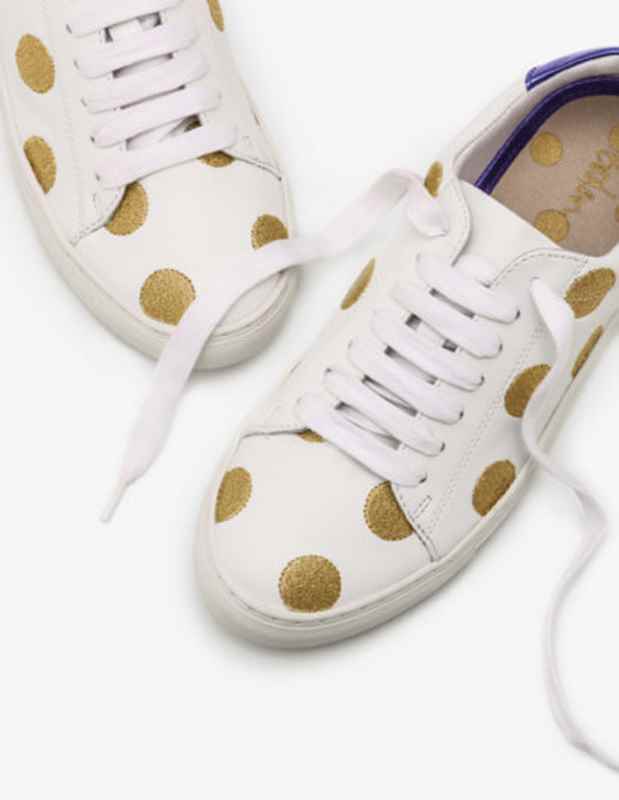 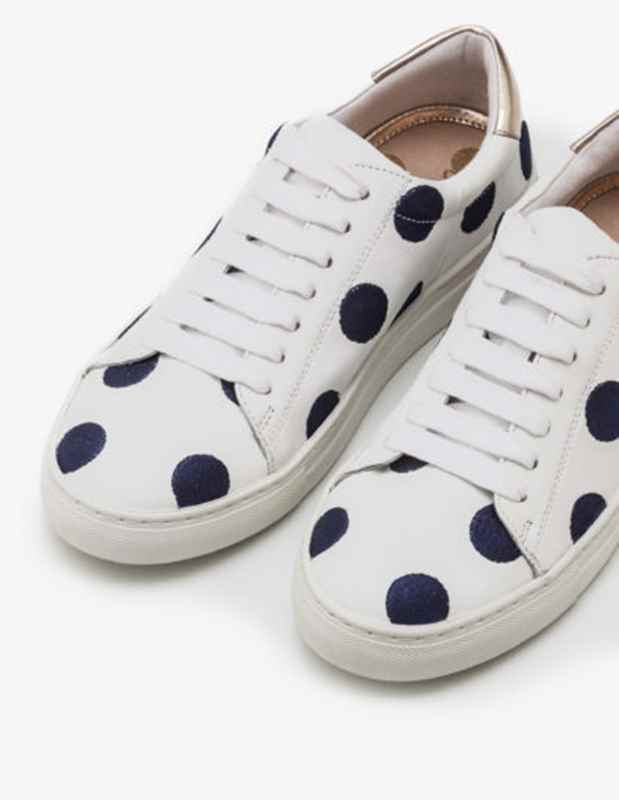 You can’t go wrong with a bit of glitter and these Copeland White Glitter Leather Trainers £149 from Air & Grace are gorgeous. You can pre-order these for delivery at the end of January. 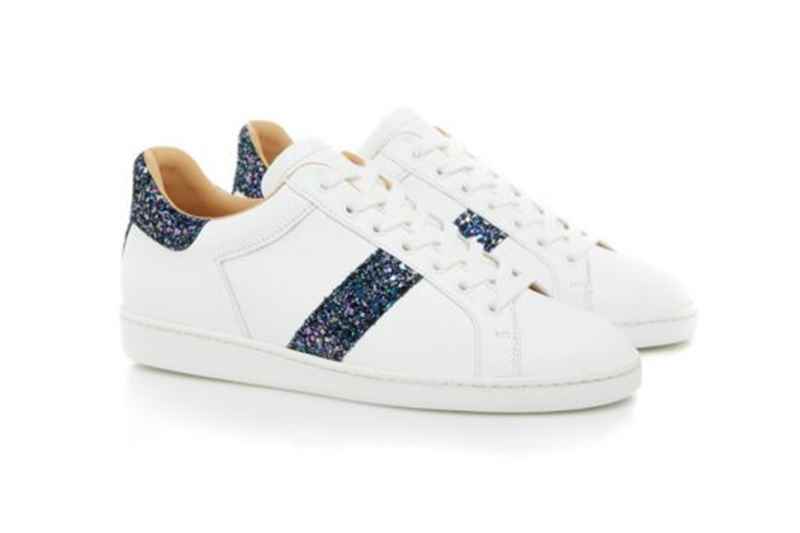 As can you for these Leopard Copelands £159. 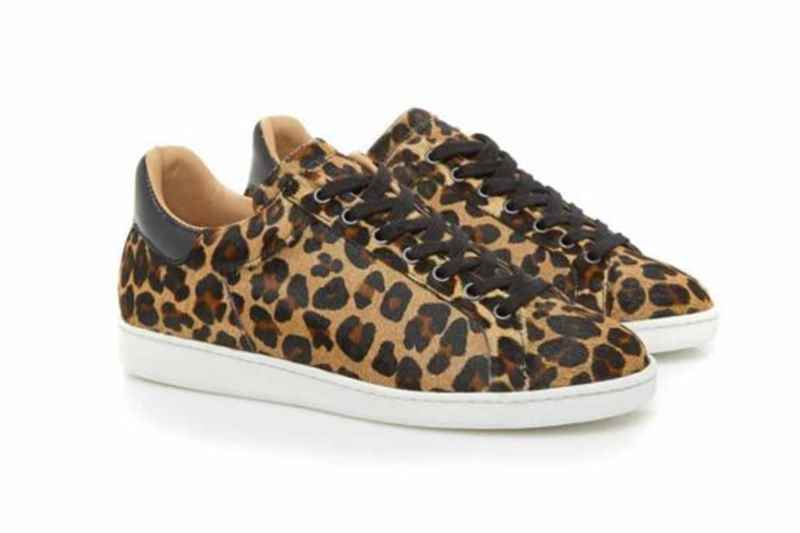 And this is about as plain as it’s getting – Oasis Nude and Metallic Trainers £26. 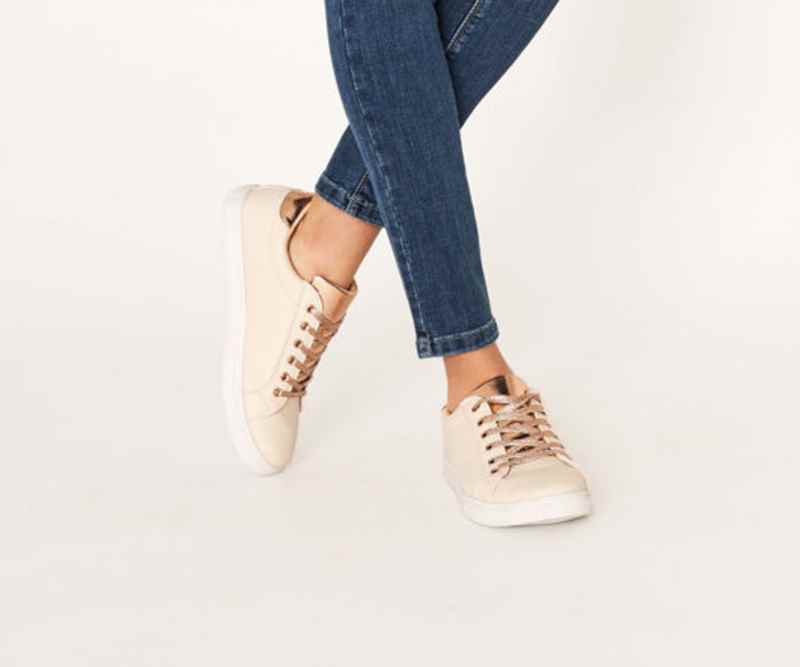 The moral of the story: have some fun with your footwear. Make it shiny, animaly, flashy, or edgy and you’ll positively hop, skip and jump through January.

How to lift yourself out of the January Blues